This chickadee was caught off-guard by a gust of wind from behind. 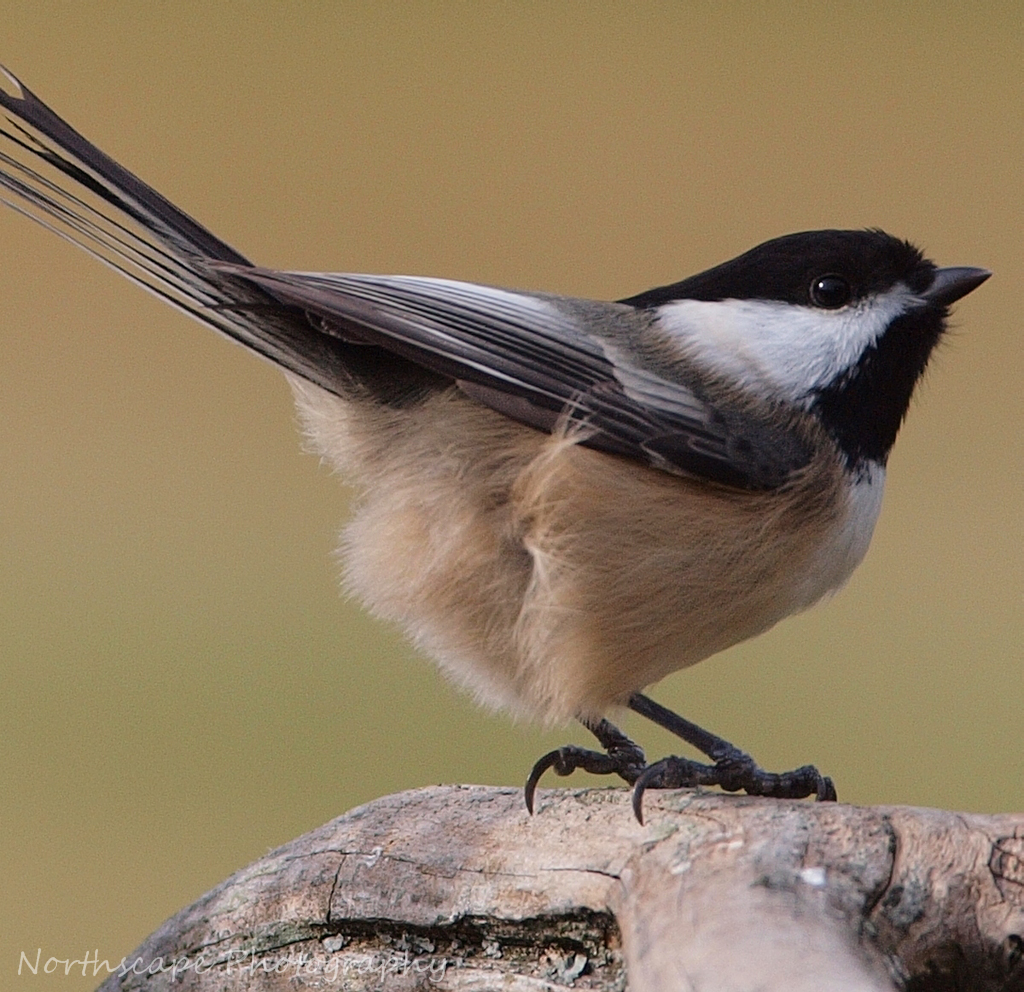