A wave of early morning fog about to engulf the James School House in Presque Isle, Maine. 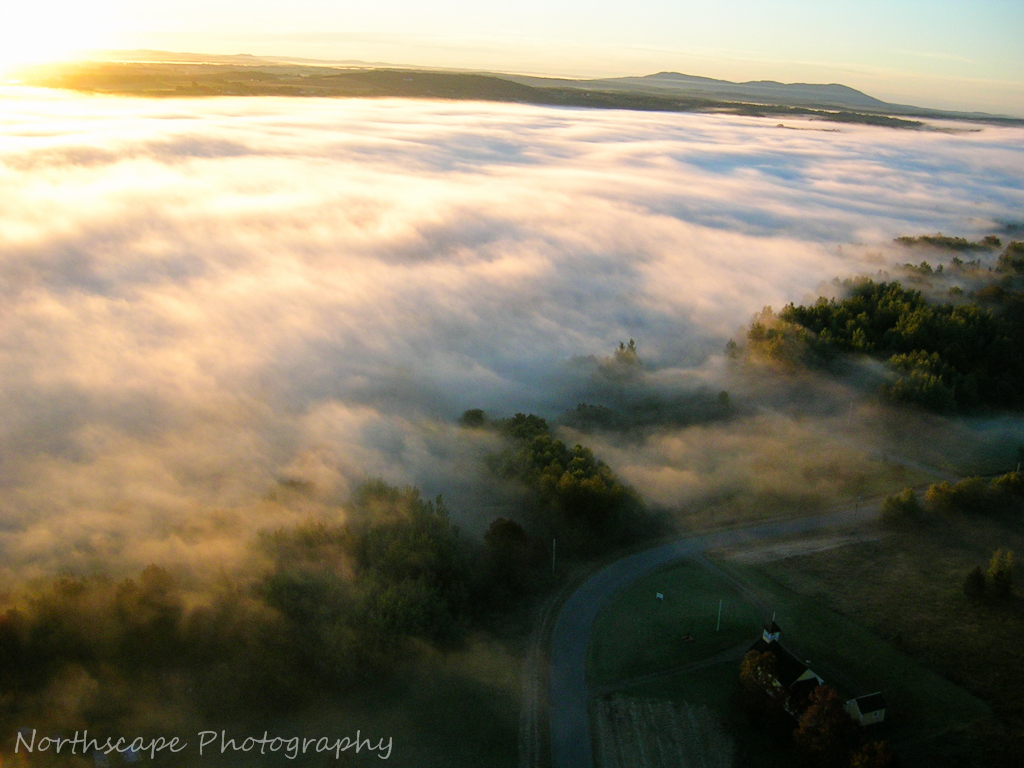